Kingdomware Vs. the VA: Supreme Court Case to be Dismissed? 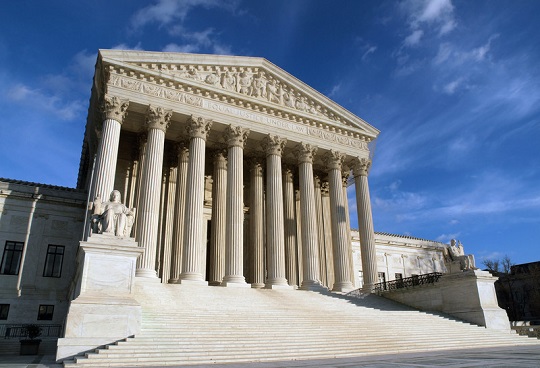 First, if you are not familiar with the Kingdomware case, please review this blog post as it will give you a good overview of the case background.

If you are already aware of the Kingdomware case, you will likely be surprised to hear that on November 4, 2015, the U.S. Supreme Court issued an order to the parties in the Kingdomware case to submit briefs on whether the case is moot and should, therefore, be dismissed.

In its order, the Supreme Court basically asked the parties whether the contract at issue has already been performed and, if so, whether the case or controversy at issue is no longer in existence. If so, the pending Supreme Court action would be dismissed and the Kingdomware fight would be over. Until the Supreme Court reviews and rules on the briefs, the case has been removed from the docket and, as of now, will not be heard.

The first set of briefs on the issue are due November 20 and reply briefs are due on December 1 this year. Thus, it will likely be a month—likely more—before we have an idea as to what the Supreme Court is thinking and whether all of Kingdomware’s efforts, as well as the efforts of many other small businesses and organizations who submitted briefs in support of Kingdomware, were for naught.

If the case is dismissed, however, it raises other concerns because the lower court decisions, including the Federal Circuit’s decision which would be binding precedent on the Court of Federal Claims, would stand and greatly limit the ability for future challenges to be brought if the VA simply takes the same path in the future and refuses to set contracts aside for veterans and service disabled veterans.

Once at the Federal Circuit, the case would likely be resolved the same way, and an appeal to the U.S. Supreme Court would be all but a necessity to change the law. Unfortunately, that all takes time and if the procurement at issue is over by then, or nearly complete, then the case would again be moot and likely dismissed. Thus, it appears that if the U.S. Supreme Court dismisses the case, the VA’s actions regarding the VetBiz program and the refusal to set aside procurements for veterans and service disabled veterans would be unassailable.

All that said, there is a concept known as “vacatur” that could be initiated by the U.S. Supreme Court to stave off this parade of issues. “Vacatur” is the act of vacating lower court decisions in a matter where the matter became moot prior to the conclusion of the case, and through no fault of the appealing party. Because the case could be moot, and because such mootness occurred due to actions outside of Kingdomware’s control, the company could request that the Supreme Court vacate the Federal Circuit and Court of Federal Claims cases (making it as if they never occurred), and, thus, reopening the possibility for the Court of Federal Claims to review the case as if Kingdomware had never been filed, and as if the negative binding precedent at the Federal Circuit never existed.

While this seems like a massive waste of resources, given the costs Kingdomware incurred as well as all who filed briefs in the case, this may actually be the best option for Kingdomware if it loses on the question of mootness. While vacatur is not an easy claim to make, and while there are some legal hurdles to securing vacatur in the Kingdomware case, it would be an equitable result and allow for similar challenges to move through the courts with fresh eyes.

Alternatively, there is a concept which could save the current Kingdomware Supreme Court case. When a case is one where the same facts and circumstances could occur again and again, and where it is reasonably likely that the facts which could moot the current Kingdomware case make it so that the issue at hand—whether the VA can refuse to look to non-veteran and service disabled veteran owned companies first for procurements—would be “capable of repetition” which would “evade review,” then the case may survive.

Here, because the legal system moves so slowly, and because federal contracts tend to last only five years or less, it is possible that Kingdomware could succeed in making this argument, thereby saving the case, and allowing the Supreme Court to hear the matter and rule on it this session. We will have to see what is argued in the briefs, but, for now, the case is on hold pending a ruling on mootness.

About the author: Cy Alba is a partner with PilieroMazza and is a member of the Government Contracts and Small Business Programs Groups. He may be reached at ialba@pilieromazza.com.