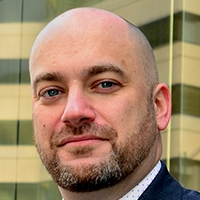 In 2014, the U.S. Department of Labor (“DOL”) Wage and Hour Division launched an aggressive enforcement initiative aimed at ensuring companies in the restaurant and food service industry comply with the federal minimum wage, overtime, and record-keeping requirements of the Fair Labor Standards Act (“FLSA”). Plaintiff-side employment lawyers took note immediately and began advertising to their target audience. It is not surprising, therefore, that servers, bartenders, and seasonal or event staff have advanced employee complaints based on alleged improper wage- and tip-payment practices with increased frequency, exposing the restaurant industry’s unique vulnerability to the complex and nuanced requirements of the statute. A 2011 DOL regulation related to tip payment practices has become a focal point of employee claims and is pending currently in the Supreme Court of the United States. And, no matter what the Court chooses to do, the Court’s decision will have critical ramifications for restaurants and catering companies across the country.
Bridgette Marlow was a server for a catering company in Colorado. Her employer paid her a base hourly rate of $12.00 and $18.00 per hour for overtime, well above the minimum wage and overtime rates in effect at the time of her employment. Nevertheless, Ms. Marlow sued her employer in federal court attempting to recover a portion of the tips some catering customers paid to the employer after events. Ms. Marlow’s case was based on a regulation promulgated by the DOL prohibiting employers from retaining any employee tips.
The DOL regulation in question is strict and wide-reaching: “Tips are the property of the employee. . . . The employer is prohibited from using an employee’s tips . . . for any reason other than . . . [a]s a credit against its minimum wage obligations to the employee, or in furtherance of a valid tip pool.” The broad language of the regulation means that, even where a business declines to invoke the FLSA tip credit, i.e., the statutory provision that allows restaurants and catering companies to pay employees a base hourly rate less than the minimum wage so long as the payment of tips increases the total pay received by the employee to an amount equal to or greater than the minimum wage, that business must still distribute all tips among the employees. Ms. Marlow argued that, despite the fact that her employer paid her well in excess of the minimum wage for the hours she worked, it was also required to pay her a fair share of the tips received from customers.
The Tenth Circuit, which handles appeals from federal district courts in Colorado, Kansas, New Mexico, Oklahoma, Utah, and Wyoming, did not buy Ms. Marlow’s argument. In Marlow v. The New Food Guy, a unanimous two-judge panel of the Court, reduced in size from the typical three-judge panel after Judge Neil Gorsuch was nominated to the Supreme Court, held that the DOL never had the authority to promulgate the regulation in the first place. This is so, the Court reasoned, because Federal agencies may only promulgate regulations to fill gaps or resolve ambiguities in existing statutes. And, the Court determined, there was no gap to fill in the FLSA that would allow the DOL to implement the regulation. The Tenth Circuit decision was, in all respects, a big win for the restaurant industry.
That being said, the Tenth Circuit decision is also in direct conflict with a prior decision from the Ninth Circuit issued in early 2016. In Oregon Restaurant and Lodging Association v. Perez, the Ninth Circuit held that the DOL regulation was proper because the FLSA does not address the tip pooling practices of employers who do not take a tip credit, and, the Court believed, the regulation appears to align closely with Congressional intent in enacting the FLSA, i.e. that “all tips received be paid out to tipped employees.” The practical result implied by the Ninth Circuit decision is that all restaurants and catering companies in states within the Ninth Circuit: California, Oregon, Washington, Nevada, Idaho, Montana, Alaska, Hawaii, and Arizona, must pay to the appropriate employees all tips received from customers.
The National Restaurant Association challenged the Ninth Circuit’s ruling in the Supreme Court. That Court is still considering whether it will hear the case, and it could be months before the Court decides whether it will proceed. However, the Tenth Circuit decision will likely encourage the Supreme Court to grant consideration of the issue. To decline to hear the case now would mean, in practical application, that a restaurant in northeast Arizona must operate under a different interpretation of the same law than must a restaurant only a few miles away in southwest Colorado. Restaurants with multiple regional locations could be forced to treat similar employees at different restaurant locations in different ways. Meanwhile, businesses outside the reach of the Ninth and Tenth Circuits have no guidance as to how they should operate. The status quo is untenable.
Until the Supreme Court decides whether it will hear Perez, the restaurant industry will continue to operate with uncertainty and without a definitive answer as to whether businesses must pay all employees all tips collected from customers, no matter what base rate they pay their employees.

For more information on how PilieroMazza can help your restaurant with employee pay practices, please contact our litigation practice group.

About the author: Matt Feinberg is an associate with PilieroMazza in the Litigation Group. He may be reached at mfeinberg@pilieromazza.com.