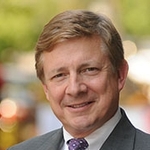 She was a director of marketing for a drug company who had received a performance improvement plan to address issues related to her relationships with co-workers and supervisors. But she had also raised concerns about the company’s purported “off-label” use of drug products, which is the unapproved use of an approved drug or the use of a drug for purposes other than those that have been approved by the FDA. She eventually resigned and later alleged that she was constructively discharged in violation of Pennsylvania state law. She also asserted a claim that she had been retaliated against, in violation of the False Claims Act (“FCA”), for her protected whistleblowing activities with regard to the off-label activities. Her constructive discharge claim was tossed out by the court at summary judgment, and the jury ruled against her on the retaliation claim. Prior to retiring to deliberate, the jury was instructed that the standard to be applied when deciding the retaliation issue was the “but-for” causation standard: that is, but for her protected activity in pointing out the off-label activities, she would not have suffered an unlawful employment action. On appeal, the Third Circuit took up the question of the standard to be applied in DiFiore v. CSL Behring, LLC, No. 16-4297, 2018 WL 266123 (3d Cir. Jan. 3, 2018).

The specific language at issue on appeal is found in the FCA’s anti-retaliation provision, which states that an employee is entitled to relief if she was “discharged, demoted, suspended, threatened, harassed, or in any other manner discriminated against in the terms and conditions of employment because of lawful acts” conducted in furtherance of an FCA action. 31 U.S.C. § 3703(h)(1) (emphasis added). The employee in DiFiore urged the Third Circuit to apply the lesser “motivating factor” standard, as applied in Title VII cases alleging discrimination based on the employee’s status, where race, color, etc. is a motivating factor in the employment practice even though other factors played a part (sometimes described as “mixed motive” cases). The employer sought the application of the higher “but-for” standard, as described above.

In reaching its unanimous decision that the “but-for” standard should be applied, the Third Circuit looked for guidance to the Supreme Court’s rulings in Gross v. FBL Fin. Servs., Inc., 557 U.S. 167 (2009) and Univ. of Texas Sw. Med. Ctr. v. Nassar, 570 U.S. 338 (2013). In Gross, the Court held that the ordinary meaning of “because of” in the Age Discrimination in Employment Act (“ADEA”) required a plaintiff to prove that age was the “but-for” cause of the employer’s adverse action. Similarly, in Nassar, it was held that the use of “because” in the Title VII anti-retaliation provisions required a plaintiff to prove that the desire to retaliate was the “but-for” cause of the adverse employment action. The Third Circuit reasoned that the language “because of” in the FCA compelled a similar conclusion as reached by the Supreme Court in Gross and Nassar and that the “but-for” standard was correctly applied by the District Court.

In an ideal world, employers would have policies and practices in place that enabled them to entirely avoid claims of retaliation under the FCA. Of course, we do not live in an ideal world, but employers can at least take some comfort in the recent application by the courts of the “but-for” standard in raising the bar for plaintiffs to prove FCA retaliation claims.

About the Author: Paul Mengel is counsel and heads the Litigation Group. He may be reached at pmengel@pilieromazza.com, or at 202.857.1000.