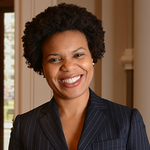 During the past three years, the number of judicial vacancies in U.S. federal courts has quickly grown. While there has been a flurry of individuals recently nominated to fill the vacant judgeships, many positions remain open. This has led to clogged dockets and increased the length of time it takes cases to be resolved in federal courts.

Of the 890 authorized judgeships in federal district courts and courts of appeals, 147—16 percent—are vacant. Many of the judicial positions have been vacant for several years with one vacancy stretching back to December 2005. The Administrative Office of the U.S. Courts has declared that 74 of the vacancies are federal “judicial emergencies” based on how long the judgeships have been vacant and the number of filings handled per judge in each of those jurisdictions. There are 54 pending nominees for these 147 vacancies, meaning that nominees have not yet been identified for 93 of the vacancies. In addition, several federal judges have announced their intentions to resign in the near future, which will create more vacancies that will need to be filled.

Politics as usual are to blame for the backlog. The number of vacancies climbed sharply during President Obama’s last two years in office when Republicans gained control of the U.S. Senate and slow-walked the confirmation process for his nominees. At the end of the Obama administration, there were 105 vacancies. Now that a Republican president is responsible for nominating judicial candidates, Democrats have responded in kind, using procedural tactics to slow down the confirmation of President Trump’s nominees. While President Trump has appointed 14 U.S. Court of Appeals judges, there remain 17 open appellate court judgeships, 122 federal district court judicial vacancies, and eight vacancies in the Court of Federal Claims and Court of International Trade.

As a result of the large number of judicial vacancies, the length of the average litigation matter has increased. The median time from the filing of a civil lawsuit to its resolution rose from 8.7 months in 2015 to 10.4 months in 2017. For cases that go to trial—as opposed to those that settle before trial—the average length of a civil litigation matter is 27 months. If litigants appeal a trial court’s decision, they also face a longer appellate process. The median time from the filing of an appeal to its disposition increased from 8.6 months to 9.1 months from 2015 to 2017.

Businesses that end up in disputes with their business partners do not have to resign themselves to longer litigation timelines. Parties could consider bringing litigation in state court if the applicable state’s courts generally operate at a faster pace than the federal courts. However, state courts do not have jurisdiction to hear all matters (for instance, federal courts have exclusive jurisdiction over patent, trademark, and copyright cases). In addition, even if a lawsuit is brought in state court, the defendant could remove it to federal court in some instances.

Businesses also may want to consider other options for resolving disputes, such as mediation or arbitration. These alternative dispute resolution methods could end up saving them time and resources and provide them with quicker results. (My blog article on the benefits of mediation is available here). Our firm has expertise in state and federal litigation, as well as mediation and arbitration, and can help you decide what forum would be most appropriate for your case.